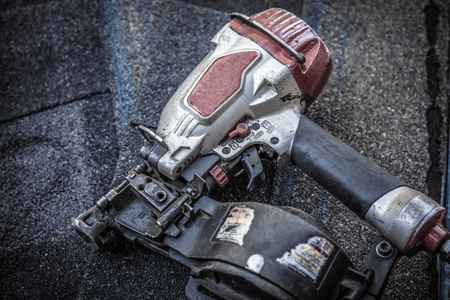 Nail guns have become the first choice of craftsmen due to their capacity of driving nails quickly. Though this tool is handy, maintenance issues also come along with this.

It could be a frustrating when you are carrying out a vital woodworking project, and your nail gun gets jammed. It is a widespread nail gun problem that most nail gun owners face.

If you work with a nail gun frequently, you should know the procedure for how to unjam a nail gun.

You have to be more careful as there is a high possibility of damaging the nailer while unjamming it. Go through the article and follow the step-by-step procedure.

Reasons a Nail Gun Could Get Jammed

No matter what kind of nail gun you own, it may get jammed over time when you don’t take care of your nailer. There are tons of reasons why a nail gun could get jammed. Before learning the method of how to unjam a nail gun, we should know the causes first.

There might be some other problems with your nail gun. We have a complete guide on nail gun problems and solutions. You can check that out.

How to Unjam a Nail Gun Like a Pro

Step 1: Switch off the power source

First of all, turn off the power source of your nail gun. Remove the batteries or the cord. Double-check that there is no way to turn it on mistakenly while you are fixing it.

Place a piece of cloth directly under the nail gun on a flat surface. Put it in a way you can see the nail clearly after releasing it from the barrel. Do not face the gun towards you so that you can prevent unwanted face injuries.

A few nail guns contain two nose bolts on the front. Pull apart those nose bolts from the nail gun’s magazine to detach the nose plates.

So examine your nail gun properly and do this step in the right way.

Take your time to check the main reason that caused a nail jam in your nailer. For this, you have to check several parts of your nail gun. Firstly, check the magazine if there is any blockage on the top. Check that the driver blades are alright and that no metal or component is stuck there.

Step 4: Take the Jammed nails out

Once you have found the wedged nail inside your nail gun, try to pull it out. You can use your fingers or withdraw the nail with pliers. You can also tilt it with another nail. This step might be very time-consuming, so you have to keep patience; the nail will get out in the end. Keep trying until it comes out of the way.

This step is only required for nail guns that don’t contain lever switches and are challenging to open. If your nail gun has a release switch, just press the button and drop the nails off. Some nail gun models comprise a flip-style mechanism on the nailer’s nose that allows the magazine to let the nails out.

After you have got the nails facing incorrectly, start refilling the nail gun with all nail guns facing the correct direction. Make sure that they are facing towards the opening.

Shut down the barrel carefully. Restore the power store by connecting to the cord or placing the batteries. Then start your project again.

You have to maintain safety measures when you are dealing with these tools. A little bit of carelessness can make you injured. A few safety measures are here for you so that you can take them before starting your work.

How to unjam a Paslode nail gun

Step 1: Detach the battery and fuel cell from the nail gun.

Step 2: Releasing the front nose plate or take out the two front nose bolts. Some models (IM360Ci, PPN35, PPN35Ci, IM90, IM90i) have thumbscrews that hold the nail magazine. Loosen the thumbscrew to open it up.

Step 3: Remove the nail that is jammed from the magazine tool and clear the jam.

Step 4: Push the driver blades until it stops to ensure it is in the reset position.

Step 5: Close the nose and assemble it again.

Step 7: Examine once before you get started.

How to unjam a Dewalt nail gun

Step 1: Disconnect the power source and remove the battery. Examine your battery that it is adequately charged and not damaged.

Step 2: Open up the barrel. Thoroughly clean the magazine tools and the entire nail gun if it has built up dust and debris.

Step 3: Observe your magazine tool and driving blades. Search for the jammed nail that is hindering the movement of your nail gun. If you see it, carefully remove it manually.

Step 4: Push back the driving blades at the end to their reset position.

How to unjam a Bostitch nail gun

Step 1: Firstly, put a few drops of oil directly on the slide channel.

Step 2: Remove the strip of nails.

Step 3: Open up the magazine tool, nose, and driving blades.

Step 4: If you can see the jammed piece of wood or nail, remove it with a screwdriver.

Step 5: If there is no jammed nail, then the main problem might be with the o-rings. Repair the o-rings or fix it.

How to unjam a Framing Nail gun

Step 1: Turn off the power source. If you own a cordless nail gun, then remove the battery.

Step 2: Remove the fasteners so that you can prevent unwanted injuries if any nail flies out suddenly.

Step 3: Loosen the two screws below the depth adjustments by applying the Allen wrench.

Step 4: Carefully separate the magazine tool from the nose assembly by using a screwdriver. Now you would be able to see the jammed nail behind the driving blades.

Step 6: Assemble everything like before. Turn on your power source.

Step 1: Pull back the connector’s brass ring and remove the air hose.

Step 2: Tap the release switch on the bottom of the gun to release the nail clip.

Step 3: Check out the nail clip because nail or wooden pieces can get stuck here.

Step 4: Take away the stuck nails with a flat screwdriver. Needle-nose pliers can also help you to do this.

Step 5: Reload the clip and again connect to the air hose.

How to unjam a craftsman nail gun

Step 1: Switch off the power source and disconnect the chord of your nail gun from electricity.

Step 2: Search for the release switch after opening up the barrel.

Step 3: If there is no release lever, check the barrel for any jammed or misaligned nails.

Step 4: Remove the stuck nail manually with another nail or with needle-nose pliers. Do this step carefully.

Step 5: Refill the nail gun again with nails properly. Make sure that they all are facing in the right direction.

Troubleshooting a nail gun is simpler than you think. You may frequently struggle with jammed nails in our nail gun. Taking it to the expert will be expensive as well as time-consuming. But if you know how to unjam a nail gun on your own, you don’t have to worry about these factors.

When your nail gun gets jammed next time, try to understand the reason behind it and then get started. Follow the instructions carefully that are given in this article. All you need to do is to remember the steps while unjamming a nail gun. Neither will it require any special equipment, nor will you find it challenging.